The Eleven condominium tower, a 41-story project going up on the banks of the Mississippi River near downtown Minneapolis, won’t be finished until next year. But more than half of the units already have buyers.

The Star Tribune reports on the sales pace so far for WMG Partners at Lakes Sotheby’s International Realty, which is selling the upscale units on behalf of developers Ryan Cos. US Inc. and Arcadia. Units range from $900,000 to more than $7 million.

Some “yes, but …” caveats to keep in mind about the sales. Reports of how well new condos are selling often can serve the purpose of selling more condos. (It’s the real estate equivalent to the “Only __ left in stock, order soon!” faux-warning you see on Amazon sometimes; a way of raising urgency in potential customers.}

Also, condo developers often have a presale goal before they’ll even start building, so it’d be more surprising if a bunch of units hadn’t sold by now.

Developers this week also announced that Chicago-based Sudler Property Management would handle concierge and other services for Eleven residents. 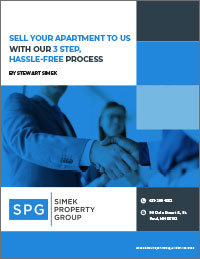